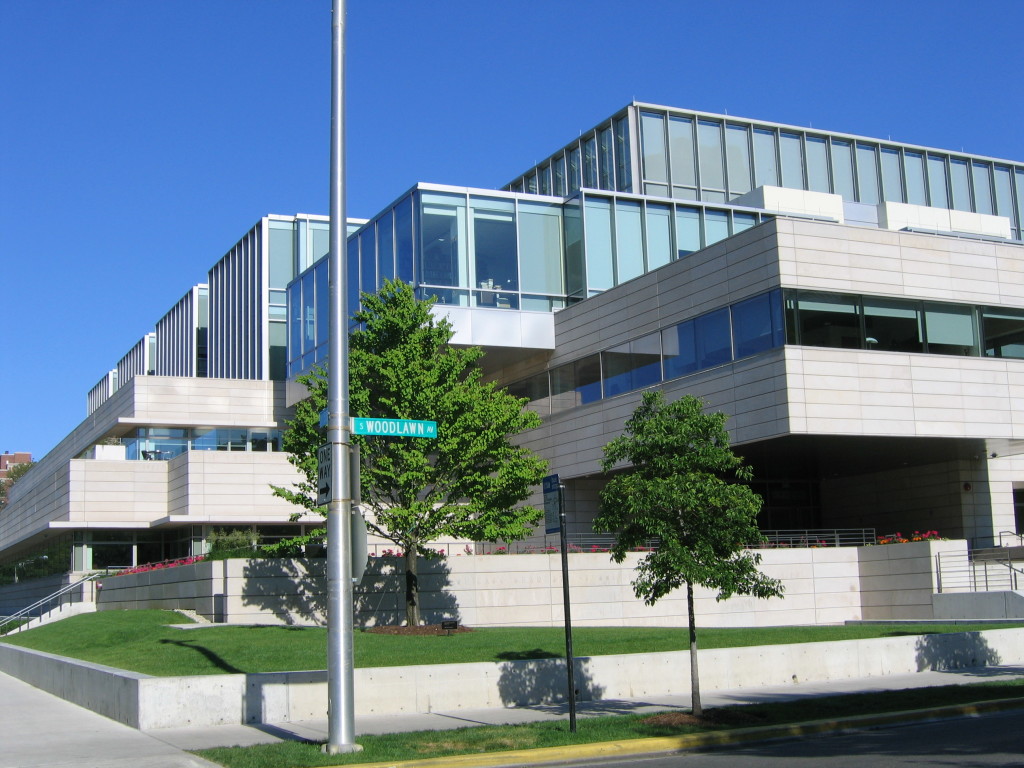 In 2010, Veritas Prep listed Dhar as one of 6 “Must Have” professors at Chicago Booth based on student input. In 2006, the Economic Times in India identified Dhar as one of twelve "Indians who have made a global impact on marketing research and thought." He received the 2008 Hillel Einhorn Teaching Award voted by executive MBA students in Asia, the McKinsey Award for Teaching Excellence in 2000 awarded once every 2 years, was cited among the outstanding faculty in Business Week's Guide to Best Business Schools (McGraw-Hill, 1997, 1999, and 2001), and in 1994 he was awarded the Emory Williams Teaching Award by students for his outstanding teaching performance. "I stress the importance of learning fundamentals in my classes, which enables my students to address any marketing problem – no matter how complex – because they can apply the principles to dissect the problem."

Dhar received a bachelor's degree in technology (mechanical engineering) with honors from the Indian Institute of Technology of India in 1983. His MBA is from the Indian Institute of Management, India. He also worked in several management positions for Lipton India Limited, a subsidiary of Unilever. He then came to the United States, where he studied at the University of California in Los Angles. He earned a PhD in management in 1992. He has been a Chicago Booth faculty member since 1992.

In addition to teaching and research, Dhar enjoys working with his two children and taking care of their several pets, as well as his five tropical fish aquariums.

Art Middlebrooks is Executive Director of the Kilts Center for Marketing, and a management consultant specializing in innovation, services marketing, and branding. Middlebrooks focuses on helping service companies grow profitably through new product and service development, branding, and effective marketing strategies. He has worked with companies from a broad range of industries, including energy, telecommunications, information technology services, and e-commerce. His clients include Bank of America, BP/Amoco, Hewitt Associates, and IBM Consulting Group.

He is a former senior director of marketing and product development for DigitalWork Inc., partner with Kuczmarski & Associates management consulting, manager in the Strategic Services division of Accenture, and systems analyst at American Management Systems.

Middlebrooks is the coauthor of two books, Innovating the Corporation and Market Leadership Strategies for Service Companies. He has published other works in PDMA Handbook of New Product Development, Management Review, Sales and Marketing Management, and Marketing News. He teaches innovation and services marketing. "I find that students learn best by 'doing,' so I've structured both the in-class and out-of-class work to enable students to 'try out' the various tools that I teach," Middlebrooks says. "I include the use of software in my classes so that students can see how the tools get applied by companies, enabling deeper insights by the students."

He earned an MBA in marketing and finance from Chicago Booth in 1988 and a bachelor's degree in computer science and economics from Duke University in 1984. He is a member of the Beta Gamma Sigma and Phi Beta Kappa honor societies.

Kevin M. Murphy is the first professor at a business school to be chosen as a MacArthur Fellow in the 25 years that the awards have been given. He was selected for "revealing economic forces shaping vital social phenomena such as wage inequality, unemployment, addiction, medical research, and economic growth." The foundation felt his work "challenges preconceived notions and attacks seemingly intractable economic questions, placing them on a sound empirical and theoretical  footing." In addition to his position at the University of Chicago, Murphy works as a faculty research associate for the National Bureau of Economic Research. He primarily studies the empirical analysis of inequality, unemployment, and relative wages as well as the economics of growth and development and the economic value of improvements in health and longevity.

In 2007, Murphy and fellow Chicago Booth faculty member Robert Topel won the Kenneth J. Arrow Award for the best research paper in health economics for "The Value of Health and Longevity," published in the Journal of Political Economy. The award is given annually by the International Health Economics Association.

A fellow of the Econometric Society and an elected member of the American Academy of Arts & Sciences, Murphy was a John Bates Clark Medalist in 1997. He has received fellowships from the Earhart Foundation, the Sloan Foundation, and the Friedman Fund.

Murphy is also the author of two books and several academic articles. His writing also has been published in numerous mainstream publications including the Boston Globe, the New York Times, the Chicago Tribune, and two Wall Street Journal articles coauthored by Nobel laureate Gary Becker.

Luigi Zingales’ research interests span from corporate governance to financial development, from political economy to the economic effects of culture. Currently, he has been involved in developing the best interventions to cope with the aftermath of the financial crisis. He also co-developed the Financial Trust Index, which is designed to monitor the level of trust that Americans have toward their financial system. In addition to holding his position at Chicago Booth, Zingales is currently a faculty research fellow for the National Bureau of Economic Research, a research fellow for the Center for Economic Policy Research, and a fellow of the European Governance Institute. He is also the director of the American Finance Association and an editorialist for Il Sole 24 Ore, the Italian equivalent of the Financial Times. Zingales also serves on the Committee on Capital Markets Regulation, which has been examining the legislative, regulatory, and legal issues affecting how public companies function.

His research has earned him the 2003 Bernácer Prize for the best young European financial economist, the 2002 Nasdaq award for best paper in capital formation, and a National Science Foundation Grant in economics. His work has been published in  the Journal of Financial Economics, the Journal of Finance and the American Economic Review.

His book, Saving Capitalism from Capitalists, coauthored with Raghuram G. Rajan, has been acclaimed as "one of the most powerful defenses of the free market ever written" by Bruce Bartlett of National Review Online. Martin Wolf of the Financial Times called it "an important book."

Born in Italy, a country with high inflation and unemployment which has inspired his professional interests as an economist, Zingales carries with him a political passion and the belief that economists should not just interpret the world, they should change it for the better. Commenting on his method of teaching on a few very important lessons rather than a myriad of details, Zingales says, "Twenty years from now they might have forgotten all the details of my course, but hopefully they will not have forgotten the way of thinking.”

In addition to teaching and researching, Zingales enjoys cooking and spending time with his children.

Gary S. Becker won the 1992 Nobel Prize in Economic Sciences "for having extended the domain of microeconomic analysis to a wide range of human behavior and interaction, including non-market behavior." He also is the Rose-Marie and Jack R. Anderson Senior Fellow at the Hoover Institution, a Research Associate of the Economics Research Center at the National Opinion Research Center, and an associate member of the Institute of Fiscal and Monetary Policy for the Ministry of Finance in Japan.

Becker has pioneered study in the fields of human capital, economics of the family, and economic analysis of crime, discrimination, addiction, and population. He is the author of more than 12 books and more than 50 articles.

Becker completed his undergraduate work summa cum laude in mathematics at Princeton University, where he "accidentally took a course in economics" as a freshman and was "greatly attracted by the mathematical rigor of a subject that dealt with social organization." He earned a master's degree and a PhD from the University of Chicago, where he was inspired by Milton Friedman. His doctorate was awarded in 1955. Becker also holds honorary degrees from several institutions, including Princeton University, Harvard University, Columbia University, and Hitoshibashi University in Japan. He was an assistant professor in economics at the  University of Chicago from 1954 to 1957, then taught at Columbia University from 1957 to 1969, before he returned to Chicago.

Regina Wittenberg-Moerman specializes in financial reporting quality, financial contracting and information asymmetry, financial intermediation, and bond analysts. She has held positions at the Ministry of Finance in Jerusalem and the banking supervision department of the Bank of Israel. Before joining Chicago Booth in 2008, she was an assistant professor at the Wharton School at the University of Pennsylvania. She received a 2005 Award for Excellent Teaching Services from the Executive MBA Program at the Chicago Booth.

In her free time, she enjoys ballroom dancing and traveling.

Zvi Gilula's current field of research is categorical data analysis, with marketing applications. He was an associate editor of the Journal of the American Statistical  Association from 1986 to 2006, and was an associate editor for the International Journal of Marketing Research from 2000-2007. He has been involved in methodological consulting for well-known companies such as Roche Holdings in Europe, GTE, Prudential, TNS, and Morningside Technology in China. He was also advising the Israel National Lottery for many years, and is currently supervising TV rating in Israel.

He received his education from Hebrew University, where he earned a bachelor's degree, a master's degree, and a PhD, all in statistics. He is also an elected fellow of the Royal Statistical Society and the American Statistical Association.

Outside of academia, Zvi Gilula enjoys philosophy of religions, psychology of rationality, chess, and single malts.

Yoad Shefi is an Adjunct Assistant Professor of Economics and Strategy. He studies applied microeconomics and industrial organization, with a specific focus on defense and terrorism, and has published several papers on the optimal structure of defense industries. In addition to teaching, he is a Senior Economist at Compass Lexecon, a consulting firm that provides economic and financial analysis of legal and business issues to law firms, corporations and government agencies. At Compass Lexecon, he collaborates with lawyers and economists to prepare economic expert reports for antitrust, labor, and securities cases and has worked extensively on cases related to the tobacco, health insurance, private equity and technology industries.