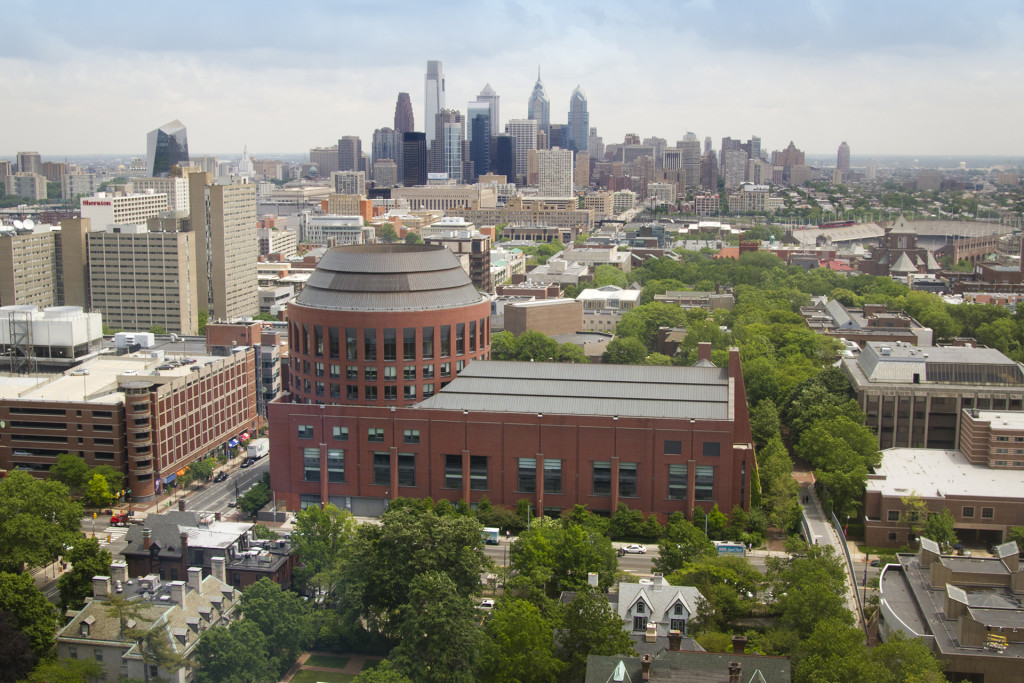 Dr. Grant Adam is an award-winning researcher and teacher on the faculty at The Wharton School at the University of Pennsylvania.

Dr. Grant's research focuses on work motivation, job design, pro-social helping and giving behaviors, meaningful work, initiative and proactive behaviors, and employee well-being, with an emphasis on when and how "making a difference makes a difference". His articles have been published in a wide range of leading management and psychology journals, including Academy of Management Journal, Academy of Management Review, Journal of Personality and Social Psychology, Organization Science, Journal of Applied Psychology, Organizational Behavior and Human Decision

Processes, and Research in Organizational Behavior. His studies have been covered by USA Today, US News & World Report, The Wall Street Journal, CNN, BusinessWeek, Forbes, Yahoo!, ABC News, CBS, and the Financial Times. His research has earned awards from the NSF, APA, SIOP, and AAPSS, and he has served on a number of editorial boards, including AMR, AMJ, and JAP. He is currently an Associate Editor at AMJ.

Dr. Grant has taught executive education, consulted, and presented for a variety of clients, including Google, Borders Group, Yahoo!, Time-Warner Cable, Medco, the Royal Bank of Scotland, Duke Energy, Grant Thornton, the American Financial Services Association, the North Carolina National Guard, the Make-A-Wish Foundation, and the U.S. Air Force, Army, and Navy. At Wharton, Dr. Grant has earned the Excellence in Teaching Award at both the MBA and undergraduate levels.

MBA Teaching All-Star. He also designed a new hands-on experiential learning class based on The Apprentice in which MBA students raised over $33,000 in 48 hours for the Make-A-Wish Foundation while developing leadership, motivation, and influence skills.

Before graduate school, Dr. Grant worked at Let’s Go Publications, where he set numerous company records for advertising sales. In his position as the Director of Let’s Go Advertising Sales, he earned the Manager of the Year award for leadership, commitment, and business acumen. He also supervised the hiring of over 300 employees and served as Director of Marketing and Business Development. He is a former All-State and All-American springboard diver and has performed for over a decade as a professional magician.

Professor Verrecchia’s research interest concerns disclosure in capital markets. Professor Verrecchia teaches accounting for mergers, acquisitions, and complex financial structures in both the undergraduate and MBA programs. He received his PhD from Stanford University, his MS from the University of North Carolina at Chapel Hill, and his ScB from Brown University.

Ruben Lobel did his Ph.D. in Operations Research at MIT, where he focused on problems of policy design for green technologies and robust data-driven optimization, with applications to dynamic pricing and revenue management. Previously, he obtained a B.S. in Electrical Engineering at PUC-Rio (Brazil), with a focus in Control Systems and Operations Research. He has also worked in finance and consulting for companies in the electricity industry in Rio de Janeiro, New York and Boston.

His current research goal is to tackle questions about how green technologies (e.g. solar panels, electric vehicles, energy efficiency) spread through the consumer market and how policy makers can influence this process efficiently.

This understanding of consumer behavior can be used by companies to strategically plan pricing and contract decisions, and by policy makers to make better regulations. Another aspect of this research is to understand how industry players will be strategically responding to policy decisions.

Professor Jerry Wind is internationally known for pioneering research on organizational buying behavior, market segmentation, conjoint analysis, and marketing strategy. He consults with major firms around the world, and has lectured in over 50 universities world wide.

Professor Wind is one of the most cited authors in marketing. He is a regular contributor to the professional marketing literature, with 22 books and more than 250 research papers, articles and monographs on marketing strategy, marketing research, new product and market development, consumer and industrial buying behavior and international marketing. His 2004 book The Power of Impossible Thinking: Transform the Business of Your Life and the Life of Your Business, draws on the latest research in neuroscience to explain how a person's mental models can distort perceptions, creating both limits and opportunities.

Professor Wind is the founding editor of Wharton School Publishing, a joint venture with Pearson and has published 25 books in the first 18 months. Over the years he has served as editor-in-chief of the Journal of Marketing, the policy boards of the Journal of Consumer Research and Marketing Science, the editorial boards and guest editor of all the major marketing journals. He is the recipient of numerous academic awards, including the three major marketing awards, The Charles Coolidge Parlin Award, the AMA/Irwin Distinguished Educator Award, and the Paul D. Converse Award.

Professor Wind received his PhD from Stanford University and his MA and BS degrees from The Hebrew University in Jerusalem.

Professor Gal Zauberman studies consumer behavior, time in judgment and decision making, and memory for emotions and choice. In his research, Professor Zauberman focuses on factors that affect individuals' evaluations, preferences, and choice, with specific interest in the role of time in judgment and decision making. On this topic, Zauberman examines the psychological mechanisms that govern the way people develop preferences for outcomes in the future. He also studies how the pattern of a sequence of outcomes over time affects people's evaluation of a consumption sequence. More recently, he began work on how people evaluate forthcoming activities and how these activities affect their special memories for past events. The key idea is that people choose activities not just because of their immediate enjoyment, but because of how they relate to previous special memories.

Professor Zauberman's research has been published in top-tier academic journals including the Journal of Consumer Research, Journal of Experimental Psychology: General, the Journal of Marketing Research, Management Science, and Psychological Science. His work received international media coverage, including the New York Times, Scientific American, and others. He has won several awards and honors, among them the Early Career Award for Distinguished Contributions to Consumer Psychology, Young Scholars Program of the Marketing Science Institute and an honorable mention for the Association of Consumer Research's Robert Ferber Award. His teaching interests include courses in Consumer Behavior, Internet Marketing, Marketing Management and Marketing Research.

Professor Zauberman received his PhD in Marketing from Duke University (2000) and his B.A. in Economics and Psychology from The University of North Carolina, Chapel-Hill (1994). He is also a member of the graduate faculty of the Psychology Department at Penn.

Research and consulting involve the influence of emotions and emotional intelligence on work behavior, organizational culture and change, team behavior, executives and their management teams, the effect of personality on managerial performance, and power and politics in organizations. Has written about emotional contagion in groups, emotional intelligence, the influence of dispositional affect on managerial decision making, the fit between individuals' personalities and other's in their work teams, organizational culture, the escalation of commitment in the banking crisis, and the study of power and emotion in organizational behavior. Sample consultancies include Del Monte, GlaxoSmithKline, Jewish Lifecare Systems, Levi Strauss, Merrill Lynch, NBA – National Basketball Association, Oxford Health Plans, Philadelphia Gas Works, and Wyndham Worldwide.