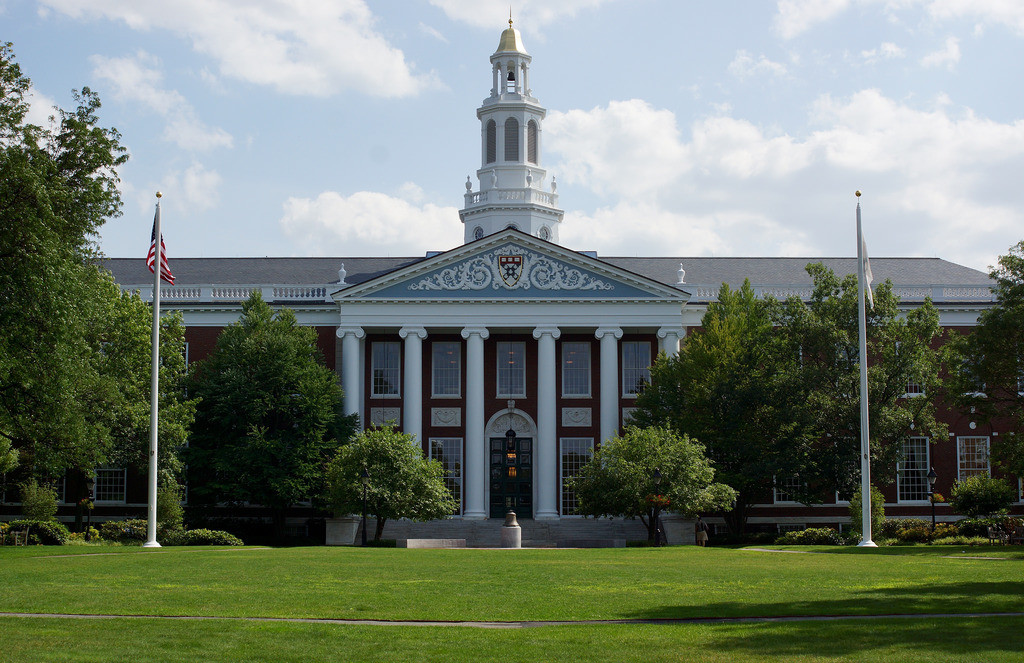 Rawi Abdelal is the Joseph C. Wilson Professor of Business Administration at Harvard Business School. His primary expertise is international political economy, and his research focuses on the politics of globalization and the political economy of Eurasia.  Professor Abdelal is a faculty associate of Harvard's Weatherhead Center for International Affairs and serves on the executive committee of the Davis Center for Russian and Eurasian Studies.

Professor Abdelal's first book, National Purpose in the World Economy, won the 2002 Shulman Prize as the outstanding book on the international relations of eastern Europe and the former Soviet Union. He recently completed his second book, Capital Rules, which explains the evolution of the social norms and legal rules of the international financial system. Abdelal has also edited or co-edited three books: The Rules of Globalization, a collection of Harvard Business School cases on international business; Measuring Identity; and Constructing the International Economy.  Abdelal is currently at work on The Profits of Power, a book that explores the relationships among political leadership, state-building, foreign investment, and geopolitics in the Russian energy sector.

In 1999 Abdelal earned a Ph.D. in Government from Cornell University, where he had received an M.A. in 1997. At Cornell Abdelal's dissertation won the Kahin Prize in International Relations and the Esman Prize. He was a President's Scholar at the Georgia Institute of Technology, where he received a B.S. with highest honors in Economics in 1993. Recent honors include Harvard Business School's Robert F. Greenhill Award and the Student Association's Faculty Award for outstanding teaching in the Required Curriculum.

Paul W. Marshall -Professor of Management, Paul W. Marshall, is affiliated with the Entrepreneurial Management Unit and teaches The Entrepreneurial Manager in the Turnaround Environment. This Elective Curriculum course focuses on the role of managers trying to execute an Operational Turnaround in a company in distress. He also teaches in the The Global Colloquium on Participant Centered Learning (GCPCL). This Executive Education program is attended by Professors from Business Schools in

Asia, Europe and Latin America and focuses on how to teach using the case method and how to develop materials for case based courses. Previously he has been the Course Head for the Required Curriculum course entitled The Entrepreneurial Manager, and also taught the course entitled Running and Growing the Small Company in the Elective Curriculum of the MBA program and the Finance Course in the Required Curriculum.

Professor Marshall has been a member of the Harvard Business School faculty on two prior occasions. During his first appointment he served as course head for the Production and Operations Management course in the Required Curriculum. He also taught and developed material in Managerial Economics, Decision Analysis, Manufacturing Policy, and Project Management. Subsequently with a part-time appointment as Adjunct Professor he taught the Required Curriculum course, Management Policy and Practice.

His most recent job before returning to Harvard was Chairman and CEO of Rochester Shoe Tree Company, Inc. He managed this company during a four-year turnaround and implemented a major reorganization and cost reduction program that improved profitability in the face of declining sales. In 1977 he was a cofounder of Putnam, Hayes and Bartlett, a Management Consulting firm. As a principal of this firm he directed studies to analyze the competitive dynamics within the International Steel Industry and the International Iron Ore Industry. He Co-authored 'Economics of International Steel Trade: Policy Implications for the United States' and was one of the American representatives to OECD conference on Future of the World Steel Industry. He also founded Marshall Bartlett Incorporated and while serving as a principal of this firm he conducted strategic reviews for companies with interests in the Health Care Industry, the Food Packaging Industry, and the Steel Production and Distribution Industry.

He received a Bachelor of Science in Electrical Engineering with High Honors from the University of Cincinnati and his MBA with High Distinction and his DBA degree from Harvard. He is the co-author of three text and case books: New Business Ventures and the Entrepreneur, McGraw Hill Irwin, 2006; Operations Management:

At HBS, Professor Moon teaches in both the MBA program and a number of Executive Education programs. She has received the HBS Student Association Faculty Award for teaching excellence on multiple occasions; she is also the inaugural recipient of the Hellman Faculty Fellowship, awarded for distinction in research.

Professor Moon's research and course development focuses on the intersection of business, branding, and culture. Her bestselling first book, Different, was published by Crown Business/Random House in 2010. (To view the book trailer, CLICK HERE.) Her ideas have been published in a variety of journals, including the Harvard Business Review, and she has published case studies on companies ranging from Microsoft to IKEA to Intel.

Ginger Graham teaches a course in entrepreneurship at the Harvard Business School and consults to first-time CEO's in the areas of leadership, strategy, board-effectiveness, and organization-building.

She is the former President and Chief Executive Officer of Amylin Pharmaceuticals, a biopharmaceutical company based in San Diego, CA, focused on diabetes and obesity.  During Ginger's tenure at Amylin, the company launched two first-in-class medicines for people with diabetes, was listed on the Nasdaq 100 and was rated as one of the Top 10 places in the industry for scientists to work.

Prior to her time at Amylin, Ginger was Group Chairman, Office of the President for Guidant Corporation, a major cardiovascular medical device manufacturer based in Indianapolis, IN.  During Ginger's tenure at Guidant, the company launched the world's leading stent platform, was listed in the Fortune 500, was recognized by Fortune Magazine as one of the Best Companies to Work For in America, and was included in Industry Week Magazine's 100 Best Managed Companies in the World.

Ginger has received numerous awards and honors including being named as the Emerging Company Executive of the Year by the Global Health Council in 2005, a Finalist in Marketwatch's CEO of the Year in 2006, and named as the American Diabetes Association's Woman of Valor award in 2006.  She was included in Pharma VOICE's "100 of the Most Inspiring People" list in 2006 and World Pharmaceuticals magazine named her number 10 on a list of 40 most influential people in the industry in 2007.  Ginger was the first woman CEO named to the PhRMA Board and Executive Committee.

Ms. Graham serves on the Boards of Directors for Walgreen Co., Genomic Health, Inc., Proteus Biomedical, ICAT Managers, Paraline Holdings, Ltd., and the American Diabetes Association Research Foundation where she serves as Vice Chair.  Ms. Graham is a member of the Harvard Business School Health Industry Alumni Advisory Board, The University of Arkansas Chancellor's Board of Advisors and the University of Colorado Biosciences Advisory Board.  She also serves on the Advisory Boards for the Kellogg Center for Executive Women and the Women Business Leaders of the US Health Care Industry Foundation.  She serves on the Editorial Advisory Board for the Journal of Life Sciences publication, frequently speaks at Business Schools and has written for Harvard Business Review.

Ginger received a Bachelor of Science in agricultural economics from the University of Arkansas, and holds an MBA, with distinction, from Harvard University.

Elon Kohlberg is the Royal Little Professor of Business Administration at the Harvard Business School. His research is mainly in Game Theory, and in particular the study of non-cooperative equilibrium.

Kohlberg has taught many courses in the MBA, Ph.D., and executive programs at Harvard Business School. These include Mangerial Economics, Competitive Decision Making, Strategy, and Finance. He is currently teaching the required Stratgy course, as well as a course on Games of Chance and Games of Strategy.

Kohlberg serves on the board of directors of Teva Pharmaceuticals, Medinol, and Digi-Block, Inc.

Kohlberg received a B.Sc., M.Sc., and Ph.D. in mathematics from the Hebrew University of Jerusalem.

Arthur Segel is the Poorvu Family Professor of Management Practice in the Finance Department at Harvard Business School where he has been writing cases and teaching the Real Property Asset Management course since 1996.  He is an honors graduate of Harvard College (1973) and Stanford University, Graduate School of Business (1975).

At Harvard Business School, Professor Segel has written extensively in the areas of securitization, distress investing, sustainability and globalization. He has assisted new faculty in creating courses, such as, executive education; emerging markets; development, design and construction; affordable housing; urbanization and infrastructure; and portfolio and real estate investing.

Mr. Segel was a co-founder and co-owner (1982-2001) of TA Associates Realty, a large private equity real estate development and investment advisory firm specializing in commercial and multi-family real estate in over thirty markets in the United States and Canada. Prior to TA Associates Realty, he worked as a Vice President at Boston Properties and as Deputy for Finance and Administration at Massport under Governor Michael S. Dukakis.

In 2005, he helped found and serves as Chairman of the Global Advisory Board of The Xander Group, a real estate and infrastructure private equity firm focused on emerging markets, and he co-founded The Tobin Project, a non-profit that encourages policy-relevant academic research. In 1998, he was one of the co-founders of the 21st Century Fund, a non-profit for public education.

Professor Segel serves on the Advisory Committees of High Vista, a Boston-based multi-asset fund; and SRB Corporation, a Boston-based insurance company.  He is a member of the Urban Land Institute, PREA, NAIOP, a trustee and member of the Executive Committee of the Boston Symphony Orchestra, a trustee of Yad Hanadiv in Jerusalem, a life trustee of Temple Israel and an overseer of the Gardner Museum. In 2006, Private Equity Real Estate Journal awarded him one of the 30 most influential players in real estate in the world.

Elie Ofek is a Professor in the Marketing unit at the Harvard Business School. At HBS he currently heads the first year MBA required course in marketing. In the past he taught an MBA elective and an Executive-Education course on the relationship between Marketing and Innovation.

Professor Ofek's research focuses on new product strategies in technology-driven business environments as well as in consumer-oriented companies. He explores interactions between R&D and marketing decisions, and is particularly interested in how firms integrate marketing input when formulating innovation strategy at the new product planning phase. He also examines the implications of information technology and digital media on product/content offerings.